LENAPE HISTORY
OF AMERICA,
AD 1000 TO  1363
The discouraged people were worried
about worn out land (that) they had to abandon.
The priest said,
"We Lenape should go somewhere else."
.
Why was the land  “worn out"?
.

VANG: The land was too crowded with animals; cows, goats and hogs. The season too short to get crops (grass) to grow fast enough or resettle. Trying to feed too many people.
.
.
MYRON:The Norwegians brought European cattle to a fragile grassland.  The cows ate the grass.  The goats ate everything green. The hogs dug up the roots.  The land was “worn out” in a few generations.
.
Why does the pictograph show the priest upside down and the lines curve to the right?
.

VANG: The priests were the leaders and they didn’t know what to do. The strong wind at west Greenland, was always coming from southeast. (Called Southeast).
.


MYRON:The Priest dis not know what to do.
.
The LENAPE historians rarely used directions by name.  More often they meant from "here" to "there."
.
For example the
historian may have been saying strong winds come from "here" (on the left) and go to "there." (on the right)
.
Thus strong winds, from any direction were jusg as damaging.
The common people in the east stole away.
The brothers abandoned all
with great discouragement
and again discouragement.
.
Why did the common people steal away?
.
VANG: They need to find better land and they knew there was better land in the west.
.
MYRON: Because the land was “worn out.”
They could reach better living conditions by rowing to the to the grass land in the west.
.
Why did the brothers abandon all?
.

VANG: Too crowded.  They have to move.
.
MYRON: For the same reason.  There was nothing to be gained, except to stave to an early death, at home.
.
What does the circle under the line mean?
.

VANG: To make a time line; it happens over time.
.
MYRON: They are there to remind the next historian, who will tell the story to the kids, that the
syllables for “discouragement” must be said twice to make the stanza self-verifying.
.
This difference in answers illustrates why a discussion of evidence is often rewarding.  Vang's viewpoint may be as valid as mine, or, perhaps, the original stanza creator was thinking of both elements.
.
What do the three bent lines mean?
.

VANG: At the flat land there is growing wild rice and it will automatic come back.
.
MYRON: They represent a tall reed-like plant, similar to wild rice, that seeds itself in dry weather and sprouts when the waters return.
.
[American folk lore has many stories about people, who migrated  until they found the self-seeding grain.
.
Minnesota has a Big and a Little WILD RICE river.  The WILD RICE rivers are on the north side of the Minnesota Horst.  Horst means elevated table land.
.
The minimum elevation between the Red River and the Mississippi River is only 1188 feet high.
.
The hunters had discovered that it was possible to pull boats, on water, most of the way up the slope to the north-south divide at Fergus Falls, Minnesota.]

In a short while the weeping, weak, dirty, needy,
(people from) the burnt land
saved themselves and rested on the other side.
.
Why the “fan” in the center?
.

VANG: Make a timeline in the story telling.
.
MYRON: The "fan" is to remind the next historian, who will tell the story to the kids, to review the syllables describing bad things so he could get the stanza verification correct.
.
What does the single spike on the right circle mean?
.

VANG: (The circle on the left shows) Father, Son and Holy Ghost, the Catholic church. One spike represents the Great spirit, so we see a mix together.
.
MYRON: This spike appears to be a deliberate attempt to have the next historian, who will tell the story to the kids, to remember to tell them that the people left the "Father, Son, and Holy Spirit behind, but trusted in the GREAT SPIRIT.
.
The gospel of JOHN tells us that we can pray directly to the GREAT SPIRIT.   The Gospel of John appears to have been written for, or by, the Americans.
.
Praying directly to the Holy Spirit is a strong American tradition.
.
Martin Luther changed the religious world "by faith alone.
.
Four centuries would pass after this episode, before King James ordered a compiled bible, so he could reinforce all the passages that referred to the Divine Right of Kings.
.The Vatican knew the LENAPE were at the Minnesota Horst. An American religious man may have returned from America with a version of the Gospel of John.
.
Where was the mound on the right?
.
MYRON: A good guess is the Wild Rice Rivers in Minnesota.  The place names for miles around “Ulen” (O PURE) MN are Old Norse.  I put the LENAPE flag in the circle near the grave yard on the north side of ULEN Minnesota.  The VIKING Sword was found nearby.
.
RUNE STONE
COUTRY
To remind you--yet again--how to find the INDEX:
.
SEARCH for LENAPE LAND
.
Tap on LENAPE HISTORY,
LENAPE LAND
.
Tap on
LENAPE LEARNING (INDEX)
.
under ARTIFACT> RUNESTONE
Tap on
COUNTRY
____.____

Scandinavians came to
RUNESTONE COUNTY
to save themselves THREE times in 700 years.
.
This episode is the first time, which
happened about AD 1050.
.
. By serendipitous ways (Or was it divine guidance?) the area served by the RUNESTONE Electric approximates the area settled by the first LENAPE. The Lenape were Catholics, who spoke Old Norse.
.
VANG: In modern time from 1850 and forward, (the THIRD episode)had around 1.6 million Scandinavians emigrated to US. Especial Norwegians and Swedes preferred Minnesota and Wisconsin, one of the reasons for that, the oldest son inherited the farm, and got the best girl in town, so the hunting was a place where there was space for farming, and reason for Minnesota, it looked like home.
. But also Native Canadians from tribes in that area have those’d to settle in Minnesota, and all the findings of Rune stones, sword and there are probably lot of artifacts still to find. Names of places is a good indicator because they don’t change much over time.
.
MYRON: During the first episoded, “Ulen” may have had the first Catholic congregation in North America.
.
"ULEN" means "Honored PURE."
.
The grove near ULEN, which seems to have a man modified circular water course, might have been a deliberate attempt by the Greenlander Lenape to make a safe camp ground with water accessible throughout  the camp.
.
A VIKING SWORD was found near by.
.
[VIKING SWORDS are not compatible with the NEW WORLD MYTH the English wanted to teach.
.
(By serendipitous ways (Or was it divine guidance?) the people on the Minnesota Horst cheer for a football team called the VIKINGS.)
.
.The Professors do not teach the LENAPE HISTORY.
.
Do you think the grandkids have learned that fact in school?
. VANG: NO!
.
MYRON: I KNOW they have NOT been taught this very important HISTORY.! "
.
Do you think the grandkids have been asked to estimate how many boats have been lifted over that bank in Fergus Falls in the past 1,000 years?
.
MYRON: The grandkids would have to do some research, some mathematics, and decide if a few hypotheses are valid like:
.
.The NEW WORLD MYTH taught by Professors "proves" that no Norse were in Minnesota,
.
or ONE Norse artifact found on the Minnesota Horst proves that the NEW WORLD MYTH is NOT valid,
.
. When the history curriculum was written by the 17th century English,  they wanted us to believe that there was no one in the NEW WORLD
before Columbus.
.
In RUNESTONE COUNTRY information about these Norse artifacts and the LENAPE History has been suppressed even from the Scandinavians, who came later.
.
So, the Scandinavians cannot argue their cause because the information they need to present a compelling case has been suppressed by the Professors, who omit information.
.
. If, we could supply the professors, the media, and even the residual LENAPE tribes with the true information, which is NOT suppressed, then we might have a nucleus of Scandinavians, who know—and believe—that Scandinavians came to Minnesota three times in 700 years to save themselves.
.
They might be able to present a compelling case.
Then, despite what the 17th century English wanted to suppress, the RUNESTONE COUNTRY Scandinavians might save their grandkids, AGAIN!
.

WYOMING,
DAKOTA,
MINNESOTA
.
After rowing away from Greenland and then through the Christian Sea (a.k.a. Hudson Bay), the common people “came to the surface” in Wyoming, Dakotas, or Minnesota.
.
What do those three names mean in the LENAPE (a.k.a. Algonquin) language? 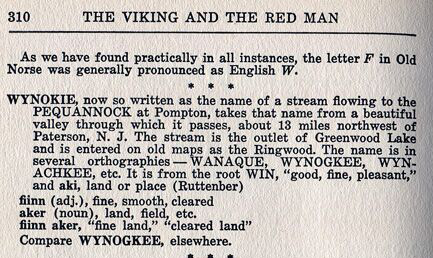 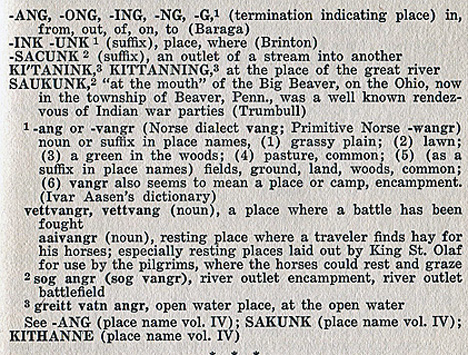 [This name may have originally applied from Minnesota to Wyoming.  This grassland may be the original "Vinland."  The Scandinavians have been trying to tell the world for centuries that "VIN" means "GRASS."
.
Were the English stupid or did they prefer to write that "Vin" meant "wine" so foolish explorers would go to search for berries rather than grass land?  Was the misdirection part of suppression by omission?] 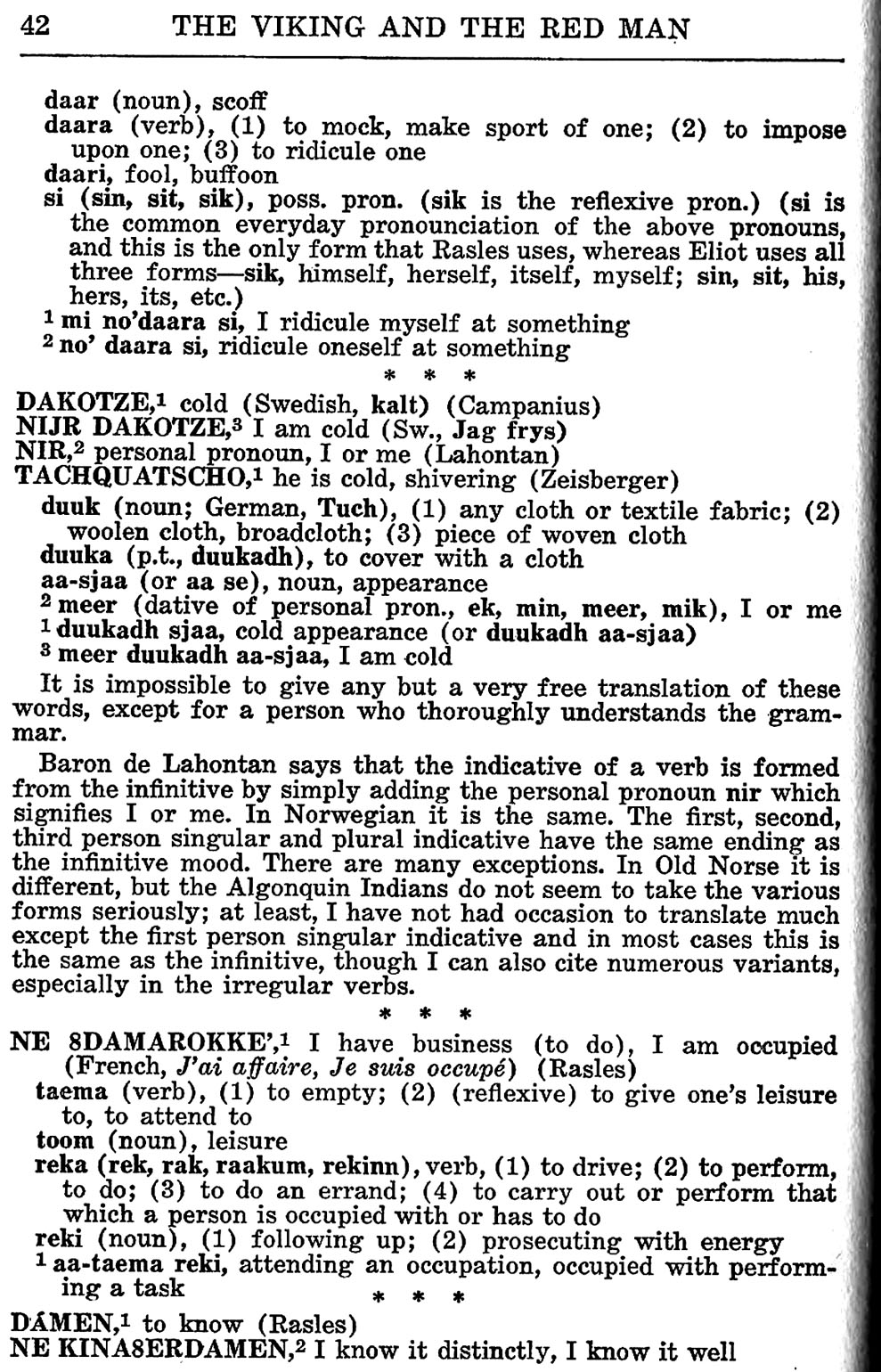 DAKOTA means "COLD (I grew up in South Dakota,  It is still COLD.).

CATHOLICS,
WHO SPOKE NORSE
Posted by LENAPE LAND at 10:32 AM